One of the essentials of interactional linguistics is the idea that conversation is a structured action where even the smallest part has its own function. In sociolinguistics, language variation is seen to reflect our social realities, and language users are able to exploit these resources to construct and express their identities. Small and commonplace decisions may tell surprisingly much about us, the context of the conversation, our culture and our language.

I study variation, grammar and interaction in the Finnish language, positioning myself as an interactional sociolinguist. My focus is on features typical to spoken language, and the grammar of spoken language, which may differ from that of written language. My research is connected to sociolinguistics, because I also investigate layman speakers’ awareness of these features. My approach is multimethodological: I use quantitative methods with large data sets to sketch the big picture and then focus on an interesting phenomenon using qualitative methods, such as conversation analysis.

I defended my PhD thesis at the University of Turku in spring 2017. After that, I worked as a postdoctoral researcher at the University of Helsinki, in a project called “One hundred Finnish language biographs”. In 2019, I conduct my own research project “Tota – from a pronoun to a particle”, at the University of Tartu as a visiting researcher. The project examines the connection between the demonstrative pronoun tuo ’that’ and the hesitation particle tota ’well, ehm’, and is funded by the Alfred Kordelin Foundation and the Eino Jutikkala Fund. 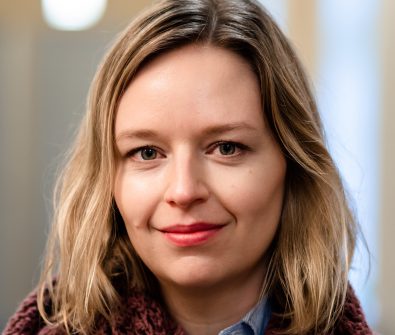