Palaeontology is the research of ancient organisms and the changes in ecosystems and climate in deep time (over thousands to hundreds of millions of years ago) based on fossil records. In my research, I have concentrated on studying the paleoecology and evolutionary history of mammals, especially large herbivorous land mammals. The overarching theme in my research is to explore how changes in climate and environments in different parts of the world have affected diets and the evolution of dentition and body size of large herbivorous mammals (such as proboscideans). The ultimate aim is to find interconnections between climate and vegetation on one hand and the distribution of dental traits, diet and body size in mammal communities on the other hand, in order to use the mammalian trait distributions for reconstructing vegetation and climate during the last 65 million years. This provides essential background information about the rate and scope of climatic and environmental changes in the past, against which the current changes caused by human activities can be compared.

During my work as a scientist, I have participated in many international research collaboration projects, e.g. the IMPPS project funded by the National Academy of Sciences of the US, where we investigated the effects of long-term climatic changes on mammalian body size evolution. During my work I have visited many European, African and North American natural history museums and institutions to study mammalian fossil material. From 2015 to 2017 I was working as a visiting post-doctoral researcher in the Natural History Museum of London, UK. I have also participated in palaeontological/archaeological excavations in Spain as an expert of mammalian fossils. In my current research project, I have concentrated on studying changes in proboscidean (elephant relative) diets and their dental evolution in East Africa during the last 20 million years in relation to changes in climate and vegetation. During this project, I have studied many museum collections in Kenya, Uganda and Tanzania. 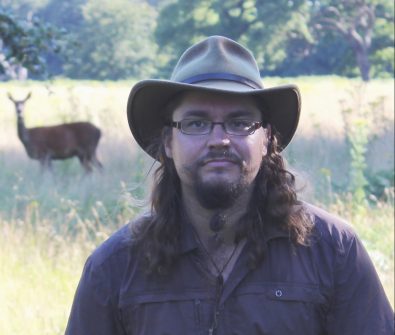